The Southern Fells area is bounded in the west by Wast Water and in the east by Windemere. It extends north as far as Stonethwaite in Borrowdale and south to Coniston. The Southern Fells includes the highest peaks in the Lake District, including Scafell Pike, the highest mountain in England. The area includes 30 Wainwrights, which are described in Book Four of Alfred Wainwright’s Walking Guide to the Lake District Fells plus 15 fells described in the Fellranger guides, giving a total of 45.

The image above shows the view north from the summit of Hard Knott towards the Scafell Massif. Six Wainwrights of the Southern Fells can be seen in the view (from left to right) Slight Side, Scafell, Scafell Pike, Great End, Esk Pike and Bowfell. Photo taken 31st August 2018.

Map of the Southern Fells 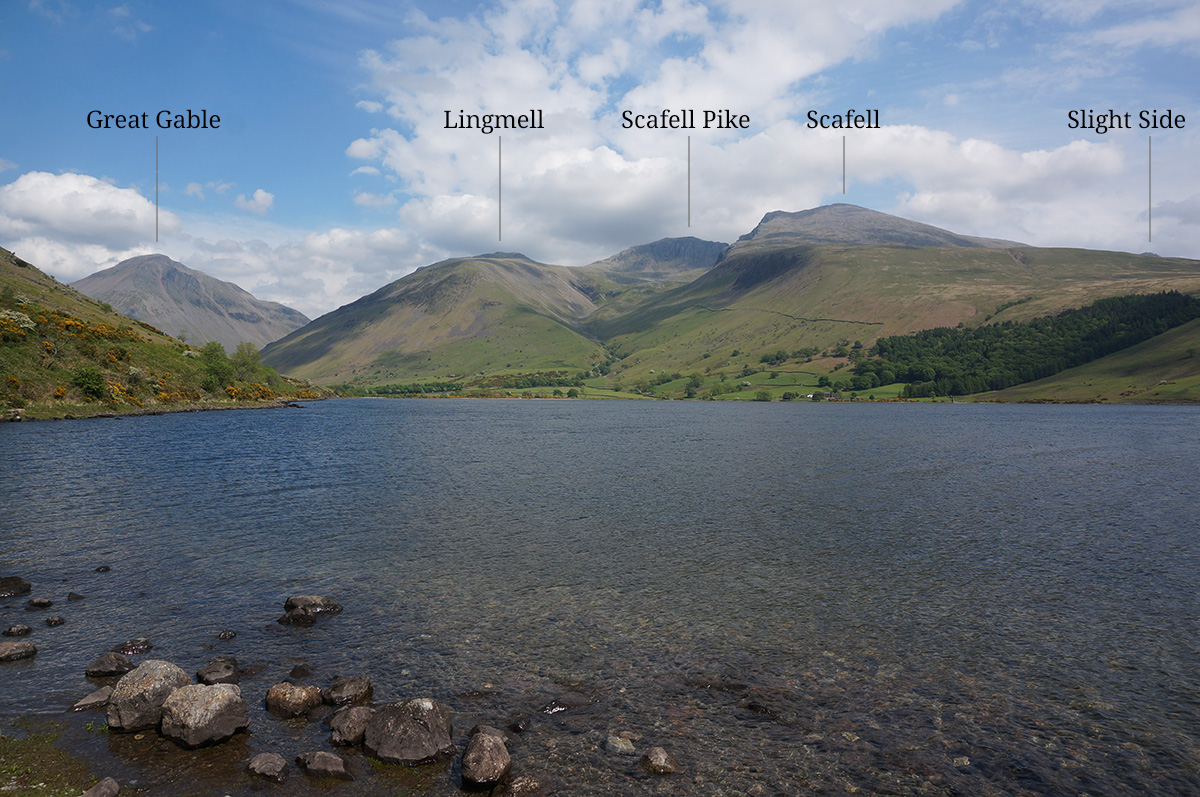 The image above shows the view east from the Wast Water lake shore road towards the Scafell Massif. Four Wainwrights of the Southern Fells can be seen in the view (from left to right) Lingmell, Scafell Pike, Scafell and Slight Side (just peeping above Green How). Great Gable falls into the Western Fells. Photo taken 22nd May 2017.

* Appears in the Fellranger guide to the Mid-Western Fells.

The details in the table above are taken from various sources but most notably:
The Mid-Western Fells (Lakeland Fellranger guide) by Mark Richards
The Southern Fells (Lakeland Fellranger guide, 1st edition) by Mark Richards
The Southern Fells (Walkers Edition) by A. Wainwright and revised by Clive Hutchby
Walking the Wainwrights by Stuart Marshall
Lake District West (Superwalker XT25) by Harvey Maps